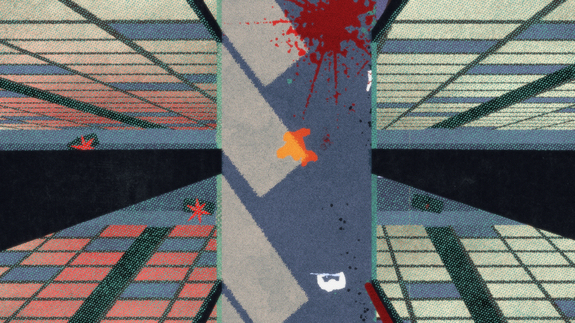 In Ape Out, you play as an ape who’s trying to get out. It’s unique. It’s jazzy. It’s thrilling.

I played a preview build of Ape Out, navigating my way through two “discs,” which act as sorts of worlds and contain a handful of levels that increase in difficulty as a percussive jazz track pushes you forward through heavily guarded rooms, sporadic drum beats encouraging a fast pace of movement as satisfactory cymbal crashes punctuate every kill.

The two discs I played began similarly: You, an ape, are trapped behind glass with a rifle-toting human standing guard. You have to punch your way through and make your way out of whatever building you’re in. The first, a sort of research facility, the second, a high rise. Read more…

More about Ape Out, Entertainment, and Gaming